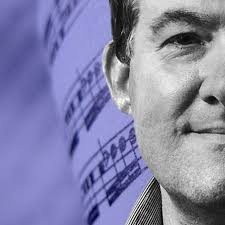 CHARTING the lesser-known seas of saxophone multiphonics, this 2CD quintet release from John Martin is defined by its title – a spirited voyage of adventure in search of ‘the hidden notes’.

Martin explains that, around ten years ago whilst practicing, he discovered that the tenor sax had the potential to produce multiple overtones and textures; and for the past few years, he has set out to explore jazz in this context, developing a system to tempt out these “rather shy and often badly behaved notes.” Joining him on this recording are Ralph Wyld (vibraphone), Rob Updegraff (electric guitar), Tim Fairhall (double bass) and Tim Giles (drums).

Over ninety minutes, the vibe is of accessible post-bop jazz – yet, as with any expedition into unfamiliar territory, it can take a while to settle into the newness of the polyphonic experience. So the saxophone delivery might initially be difficult to fathom, as these ‘three-dimensional’ sounds are coaxed out of the instrument, with some more effective than others (first reactions, in places, might incorrectly suggest a lack of technique!). But Martin goes all out for experimentation, injecting his ten original compositions (plus three preludes) and otherwise full, clear, instrumental timbre with surprising piquancy.

Both the writing and the performances throughout are slick, the broad expanse of many of the tracks appearing to create an openness amongst the five musicians. The opening theme of Heptopia, for example, is so melodically warm, riding the gentle waves of Rob Updegraff’s luscious chords and Ralph Wyld’s bejewelled vibraphone; and often – as here and in Spirit of Adventure – this combination creates the kind of sweet repetition enjoyed in the music of Pierre Moerlen’s Gong or even Steve Reich. There’s much to excite, from Tick Tock‘s perky buoyancy, threaded with individual improv artistry, to swinging Folklore and Giant’s Stomp, both shot through with Martin’s gruff, harmonic clusters and richly-phrased soloing.

Pentacision – a sixteen-minute odyssey in two parts – ripples with episode after episode, as if traversing oceanic swells and reaching contrasting, breezeless conditions (the tricksy time signature riffs are pleasingly memorable). Eddies features more of Martin’s hypnotic riffs, which are especially effective here as the crescendoing and decrescendoing overtone patterns almost suggest a Doppler shift; and the joyous swing of The Optimistic Pessimist, bookended by more extreme tonal caws, is enriched by the saxophonist’s careful, melodic use of his system.

Employing an individual technique which might easily have been the ‘elephant in the studio’, John Martin’s release is full of engaging, jazz vibrancy – an expansive journey spangled with unexpected musical glints and refractions. A beautiful, dreamlike cover illustration, too, from Ellen Tovey.

The Hidden Notes – Spirit of Adventure is available from F-IRE.com and John Martin’s website. More information at thehiddennotes.com.