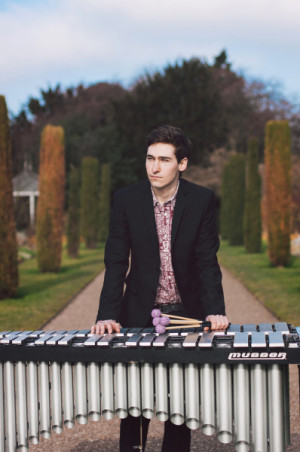 Ralph Wyld is an award winning vibraphonist, percussionist and composer who has performed, and had his music performed, in the Royal Albert Hall, the Royal Festival Hall, the Barbican, Ronnie Scott’s and at Cheltenham Jazz Festival. A former principal percussionist of the National Youth Orchestra of Great Britain, Ralph has toured Europe, Brazil and China, and featured in performances broadcast on BBC television and radio. He currently plays with, amongst many others, Troyk-estra, the Sam Eagles Quartet, the Tim Richards Hextet and Rick Simpson’s Klammer. Ralph now studies at the Royal Academy of Music, where he regularly has the opportunity to work with outstanding British and international musicians such as Jim Hart, Joe Locke, Stan Sulzmann, John Hollenbeck, Django Bates and Dave Holland.